For obvious reasons, a number of people have asked me about the Ritas over the past few days, and, during one particular conversation, I answered very rudely that I didn’t give a rat’s butt about contests, and even less about the Ritas. But, then afterward, I considered my response—because that’s what I’m trying to do these days, be a better person by figuring out why I do and say the things I do. So I figured I’d put some words together to iron out my very strong feelings about this contest, for me personally and for those who are trying to reform the Ritas

So here I go, opening a vein: I’ve been in this industry for nearly 30 years. I was an early member of RWA, having joined them immediately after selling my first book in 1989. I even helped found the Lowcountry Chapter, along with Pamela Morsi and Carolyn Davidson. In the beginning, I was super excited about the prospect of mingling with other like-minded humans, all striving to do the same thing I was doing: writing, and striving to write better. But I’m going to skip through that part of this right now—skip right through all the million conferences I attended, and all the petty grievances and dashed hopes. In fact, I’m going to skip through most of my grievances, because I’m 56 now, with ailing friends and family, and none of this really matters.

And now I’ll tell you why I felt that way: My best friend was an RWA Darling (and I don’t say this disparagingly – I wanted to be one!), and I could easily compare our experiences. We joined RWA at the same time, attended all the same conferences, met the same people. Until a certain point, she and I, we were equally involved in the organization, and I know this because we did nearly everything together back in those days, including sending gifts to other members who needed a pick me up. On one such occasion, she and I chipped in for a coffee and flower arrangement to someone who is no longer with us and who will remain nameless, because she’s not the point. She’s only one of a hundred instances that helped shape my overall feelings about RWA. Pam got the “thanks” for that gift, even though both our names were on it, and I think on this occasion it might have even been my idea. On the other hand, I didn’t get , not even through the grapevine.

On another occasion, when a beloved member’s policeman husband died in the line of duty, I immediately sent $500 to a fund that was started for her. However, because I didn’t join an organization-wide effort to critique manuscripts at $20 a pop to be donated to this grieving widow, I didn’t get even a simple thank you—from ANYONE, not even the widow—even despite that I’m pretty sure the donation, made in my name (which is not a pen name), must have been visible to anyone with access to that bank account. Sometime later, there was a plaque or something (maybe it was simply a digital plaque in the magazine) acknowledging the generous spirit of our organization and thanking those who donated. I was excluded from that list, and my best friend pleaded with me to speak up. I did not, because in my opinion, if you give, you give from the heart, and while it did sting not to be recognized when I very likely gave more than anyone else, ultimately I gave because I felt compelled to help a fellow human being, not because I wanted recognition. So, in the end, I kept silent. And, if you’re wondering why I’m bringing up this particular grievance now when I said I wasn’t going to bring up grievances, I’ll tell you why I’m highlighting this instance. I’m highlighting it because, every year up until this point my publisher had entered my books into the Ritas, and every year, my best friend was nominated, and some years she won, while I never, ever, ever had a single nomination, not ever. Not from a jury of my peers.

On the other hand, I earned reader recognition and nominations by the dozens, and my books were selling so well that Avon chose me to launch an entire imprint based on the strength of my sales. So, maybe I was never nominated for a Rita because I sucked as a writer. Maybe. But I don’t think so, and, in any case, I realized something that year that I donated the $500 without thanks. I realized I didn’t participate in the critique effort, because the treatment I received as a member was undermining my sense of self, my sense of accomplishment, and even my confidence as a writer. My involvement in RWA eventually contributed to a 10-year sabbatical from writing entirely.

In the end, I realized that, at its core, RWA and the Ritas were a detriment to my wellbeing, and I gave myself permission to stop doing ALL things that didn’t enrich me as a person and as a writer. Judging by some of the blogs I’ve been reading, I know I’m not the only one who feels this way. I also know very well that this feeling is not shared by all my peers. I have close writer friends who swear by RWA and who will forever tout all the wonderful things RWA did for them. My best friend is one of those people, and I’m happy for all of those who felt enriched by the organization. But, for me, there is a different perception, because I couldn’t imagine giving more of myself at a time when I had a draining career, two kids and a life outside of RWA. RWA never gave one thing back to me, and that’s not an exaggeration. As an organization, it took and took, but never gave. The only thing I ever took from RWA were the relationships I made. But, in the end, I did that. Not RWA. At most, it offered me a location where everyone could be found in one place. And that’s no small thing, so I’m grateful for that.

However, when I look back at RWA, even from the perspective of my friend, the Darling, I saw incredible distress in her at EVERY CONFERENCE. Often, there were tears. And so, I developed a larger distaste for contests in general, realizing that whatever the dynamic created by Ritas and other contests of its ilk, it wasn’t healthy, not even for Darlings, and certainly not for those, like me, who felt invisible and unappreciated. I mean, thank God for my readers, my editors, and friends, because without them, I wouldn’t have lasted five minutes in this industry given the “help” I received from RWA. Sorry, folks. That’s how I feel. And, as they say, with friends like that, you don’t need enemies.

So, now, while I’m seeing so much dissent, once again, over the Ritas, I’m sorry, but I don’t give a rat’s butt about that contest. To me, it has always been nothing more than a popularity contest.

Has it helped shape some people’s careers? Maybe. How would I know? It wasn’t my experience. Has it hurt others? Yes. It hurt me. Does that mean RWA holds nothing for the industry or the world at large? No, I don’t believe that at all. Essentially, that’s why I returned, in the hopes of seeing it grow into something better than it was. But even despite that, I’ve yet to return to a conference, and I have to ask myself why.

There is so much good about our organization—the literacy efforts, the teaching moments, the opportunities for networking and growth—but the Ritas are simply not part of that picture, for me.

So, I’ll say it again. I don’t give a rat’s butt about the Ritas. I don’t care if they stay, I don’t care if they go. I simply don’t care. However, if it’s going to stay, maybe as an organization, think twice about its role in the industry and in the organization, because, even now, there’s a new crop of talent emerging and they need something better than what we’ve got, not the slow decay of their spirit. Coming from someone who was not a Darling, let me tell you, it’s a very real thing, and it took me years to shake off. So what’s the answer? I don’t know. But maybe begin by asking yourselves what’s at the heart of the Ritas, and maybe do what I do when I am trying to figure out what stays and what goes in my life… consider the pros and cons, and if the pros aren’t greater than the cons, let it go. 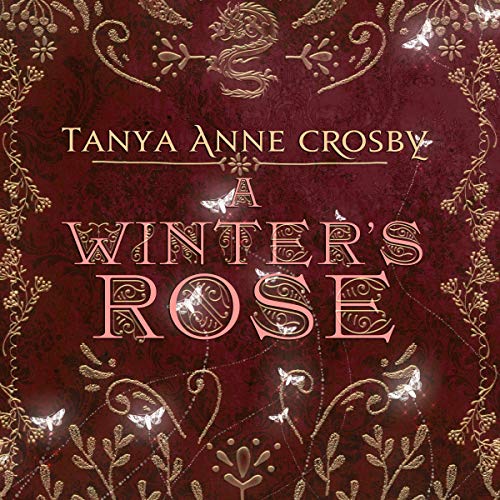 Book Two of Daughters of Avalon
A brand-new historical series by New York Times best-selling author Tanya Anne Crosby.
It has been five years since King Stephen took the English throne. The border lands are fraught with tensions. Loyalties are uncertain. Only the strong will hold their lands, an... 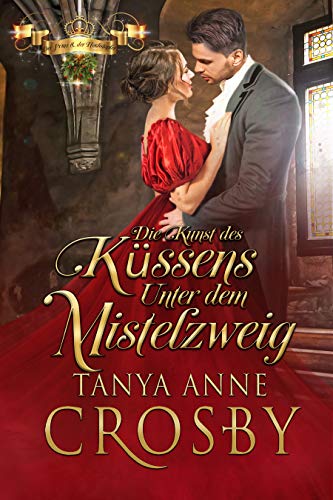