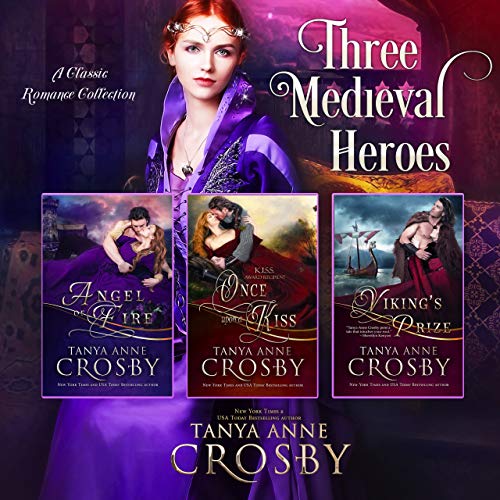 From the embattled Duchy of Normandy, to the anarchy of King Stephen’s reign and the perilous fjords of Norway, discover three full-length classical romance gems for a limited time at a very special celebratory savings, from New York Times Bestselling Author Tanya Anne Crosby.

ANGEL OF FIRE
Devastated by the death of her father, Norman noblewoman Chrestien de Lontaine vows to see her twin sister wed and then take refuge in a nunnery… but the Silver Wolf has come knocking on their door and treachery is at hand.

ONCE UPON A KISS
To settle a feud, Dominique Beauchamp is prepared to sacrifice her freedom in order to heal their ravaged lands. Offered in marriage by her brother to the lord of Drakewich, she arrives to take the d’Lucy name … never counting on losing her heart to the brother of her betrothed–the notorious Black Dragon.

VIKING’S PRIZE
A forsaken daughter of Francia’s king, Elienor de Baume les Nonnes knew the Norsemen would storm Brouillard castle–she saw it in a dream, saw the death of many. And she saw him–Jarl Alarik Tryggvason–the golden-haired Viking who would claim her for his prize…

Other Novels in "Medieval Heroes" 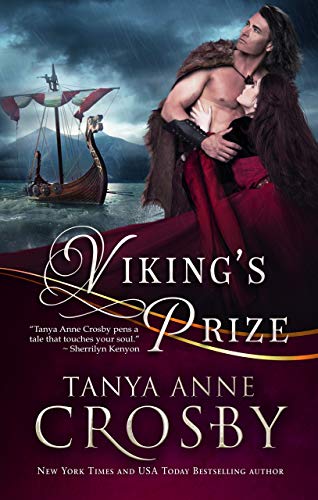 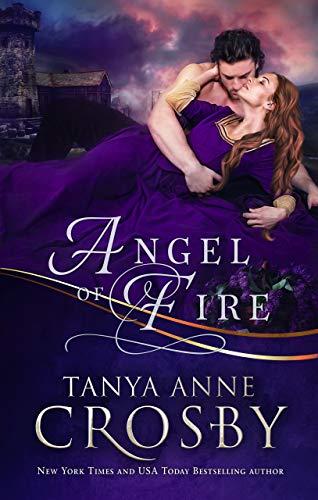 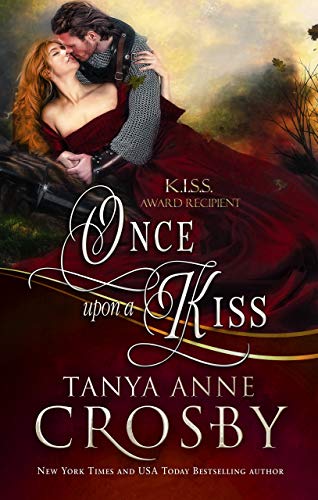 Once Upon a Kiss: A Medieval Romance (Medieval Heroes Book 3)
Preview
Disclosure of Material Connection: Some of the links in the page above are "affiliate links." This means if you click on the link and purchase the item, I will receive an affiliate commission. I am disclosing this in accordance with the Federal Trade Commission's 16 CFR, Part 255: "Guides Concerning the Use of Endorsements and Testimonials in Advertising." 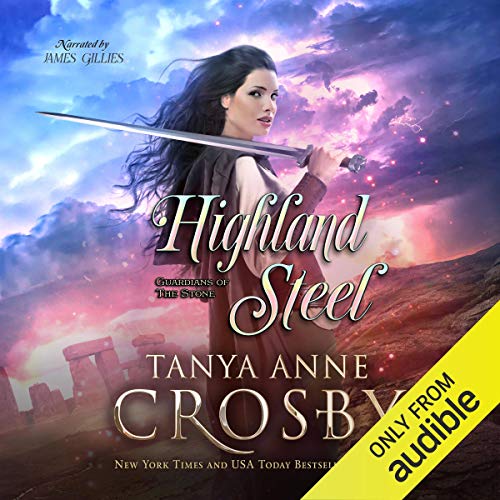 The true stone of Destiny remains hidden, but now comes a new battle to determine who will hold the sword of kings.
Defying the wishes of her laird and brother, Lael of the dun Scoti takes up her sword to fight beside the MacKinnons to return Keppenach to its rightful heir--to Broc Ceannfhionn. She'... 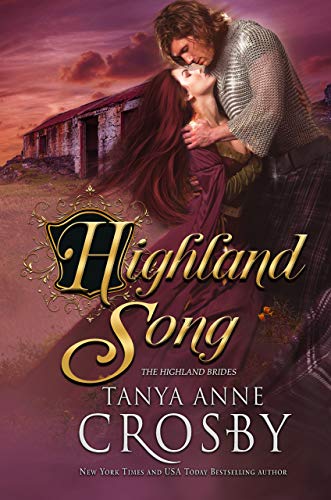 Gavin Mac Brodie fears the thought of becoming the man his father was. Driven into solitude by visions of what he would not be and could not have, he vows never to wed. But this last of the available Brodie men is about to encounter a wee bit of Highland magic...Catrìona is no stranger to solitarin...