I don’t love the idea of telling this story…

Essentially, I’m about to strip down and stand naked and vulnerable in the middle of the road. But I’m going to do it anyway, because after yesterday’s news, I have something to say:

I grew up in what I believed to be a normal American military household. My father achieved the highest rank available to noncommissioned officers in the Navy. He was a Master Chief Petty Officer, a veteran who served in Vietnam, and to say he was respected by his peers is an understatement. He loved his job and only retired because of an accident that left him in a wheelchair for 6 months, never again able to scale the decks of ships. He received an honorable discharge—a release from his duties that heralded a bad era for my family.

At one point, my father was my idol. He was tall, dark and handsome, and oh, so smart. The fact that he wasn’t really a fan of MINE didn’t bother me so much as it did later. Enough to say he was the man in charge, and he ran our household under many of the same principles he’d learned in the military.

Until the age of 12, I didn’t make many close friends. We traveled a lot, but that’s the year my family settled in Charleston, South Carolina, newly arrived after a 5-year stint at a communications base in Ponce, Puerto Rico. After my father retired, he took a job locally, but still worked for the military as a civilian. My Spanish mother learned to drive. We—me and my brothers and sister—came out of our shells and began to make friends. During these years, my father received top-secret clearance for his analytics work for the military. I remember “those men” who came knocking on all our neighbors’ doors, asking questions. And for a while, we were a “normal” American family… until one day… we weren’t.

I’ll spare you dirty details, but I will say I am a survivor. I survived what turned out to be the most complicated and harrowing years of my life—hard years that shaped my adult life and gave me the aptitude to bleed for my writing in a way I wouldn’t have been able to otherwise. But, aside from telling you my father was a closet alcoholic, and extremely heavy handed, I won’t say much else, because much of our story isn’t only mine to tell. However, his fall from grace was one we ALL took with him—every member of my family. We became collateral damage in a war fought beneath our own roof.

I wasn’t always the mouthy, rebellious daughter I turned out to be. But with every smack of my father’s fist, I became that person, standing higher and stronger, fueled by righteous anger. One thing’s for sure, his military style of parenting didn’t work where I was concerned. The more he tried to beat me into submission (sometimes literally and sometimes verbally), the more I fought and railed against him.

But that part of my story isn’t unique, is it? Teenagers are defiant, infuriating beings. Whether I did, or whether I didn’t have a right to be as I was, isn’t the point I’m trying to make. The point is that life happens to us all.

One day, I was alone in my house with my dad—this man who’d achieved such high military honor. Silver haired and depressed, he sat on his bed with a gun in his hand… cleaning it. This wasn’t a gun he’d procured illegally. It was his gun. He pulled it apart, piece by piece and took his rag to every part until it shone.

I walked by his room, saw what he was doing and kept on walking, with prickles riding down my spine. I walked into my bedroom and sat on my bed, and felt so much turmoil. Why was his gun out? He certainly had all the right credentials to own one, but I hadn’t seen that gun in a while, and now, after a systemic failure of our family, I was terrified of the reason he was drawn to it. So there I sat, worrying about him, and after a while, I heard him begin to cry. All the while, he sat piecing his gun back together…

Should I leave the house? I wondered.

My relationship with him was by far the most tumultuous. As his eldest child, I bore the brunt of much of his fury. If my siblings didn’t tow the line, I was to blame. By the same token, I felt an underlying sense of respect from him, for me, although not perhaps evident in his everyday treatment of me. Responsibility kept me rooted to the spot.

That day, seated alone in his room, with his gun, he called my name, and I wanted not to answer… but I did. I stood in the door of his room, blinking away tears in my own eyes as my silver-haired father wept over his gun. Truthfully, I don’t remember what he said. His mouth was moving, but words were incomprehensible… until he lifted the gun, pointed it at me, and said, “Do you know how easy it would be for me to pull the trigger? Put an end to it all?”

But that gun was pointed at ME. My heart slammed into my ribs. I was 15.

I stood, looking into the small barrel of my father’s gun, realizing he could do exactly as he said. He wasn’t the type for idle threats. If he said something, he followed through, and he never minced words.

With that gun pointed at me across a shrinking room, I thought about what to do. Exactly where I got the strength to say or do what I did, I don’t know, except, that in many ways I am my father’s daughter. I looked at him straight in the eyes and said, “You’re not the kind of man who shoots an innocent person in the back—your own daughter. So, I’m going to walk away, and if you shoot me, you’ll have to live with that.” And that’s what I did. I turned my back on his gun and returned to my room. I sat on my bed and cried—and worried, because I half expected my father to put his gun to his head.

If you read The Girl Who Stayed, yes, I borrowed this scene for that book, and 40 years later, I sobbed as I wrote it, because that’s how deeply affected I was.

But wait? What’s this got to do with yesterday’s news? Well, we’ve had yet another shooting, but that’s not really “yesterday’s news” anymore, is it, because this is happening more and more, and becoming firmly entrenched in our daily lives. We can’t even feel comfortable going to church, a movie, school, or a concert, without fear of some crazy person pulling out his gun.

So, let me, once again, be like my father, and not mince words:

I’ll end this by saying I do not advocate taking away people’s guns. All we’re—me and people like me—are asking for is gun control, stricter qualifications and periodic testing to be sure mentally ill people to not have access to them, and to disallow the use of automatic weapons (why are these needed anyway? The mass extinction of human life is the only purpose these weapons have).

Eventually, I made friends with my father, but he was a sad, broken man, who, although once might have qualified to own a gun, in the end, should not have had access to one. The fact that he did not use it that day is not the bar by which this truth should be judged. By grace alone, I am not a statistic, but how many others walk in my shoes? I don’t know. But I do know this. Those who were not spared by grace are now a growing list… one I’d like to end. Come on people, let’s vote for gun control. Please. 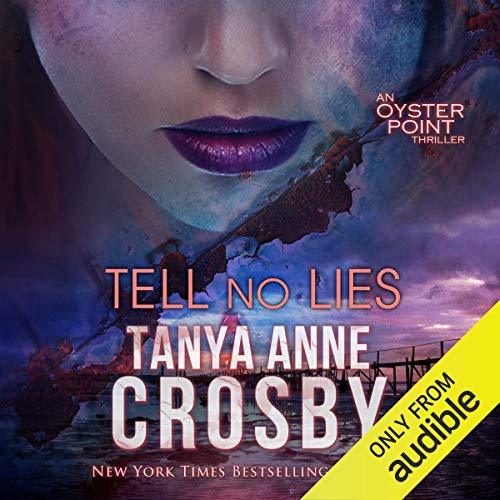 New York Times best-selling author Tanya Anne Crosby returns to the salt marshes and crumbling plantations of Charleston, where a gruesome murder and kidnapping reawaken fears of a serial killer on the loose....
Augusta Aldridge believes in Ian Patterson's innocence, even after he was arrested for... 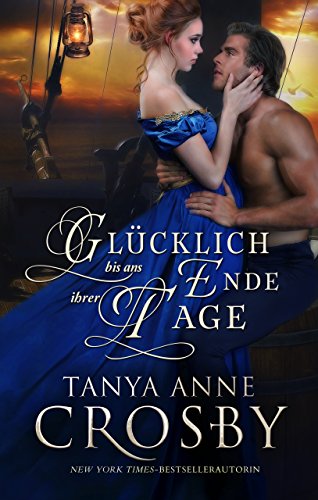